Chef Jonny Marsh will be joining us in our Kitchen Demo Tent showcasing some of his impressive skills..
Jonny – known as ‘The Football Feeder’ – currently cooks for some of Manchester City’s top players including Kevin De Bruyne, Kyle Walker and Ilkay Gundogen. He’ll often cook for the footballers in their own kitchens, providing a bespoke service which even sees him eating with the footballers on occasion.
As a young chef, Jonny trained at Le Manoir aux Quat Saisons in Oxford under the world-renowned Raymond Blanc as his mentor. Jonny was not only the youngest ever chef to be offered the prestigious position but was also the first to be accepted without having to go through the rigorous application process.
Since being mentored by Raymond Blanc, Jonny has worked alongside some of the top chefs in the world, including Michael Caines, Marco Pierre White and Heston Blumenthal among many others.
Don’t forget your standard Festival ticket gives you entry into our Demo Tent so you can watch Jonny and our other fabulous chefs at no additional cost 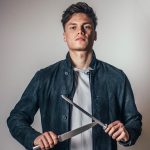 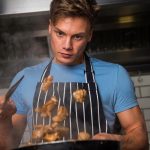 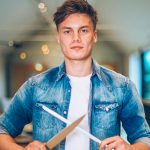